« Back to Odyssey Entertainment 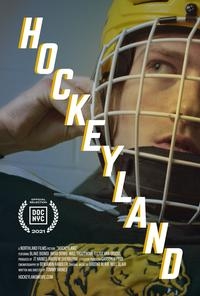 In Minnesota’s unforgiving North Country, hockey is life. Over the course of a season, two rival high school programs—one an emergent dynasty, the other steeped in a proud legacy—strive for a coveted state championship. With the hopes of their towns behind them, boys on both sides cope with the pressures of adolescence along with the added burden of bringing glory to one of the country’s most hockey-crazed communities.